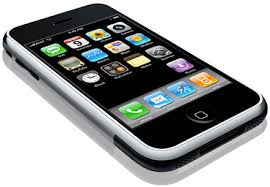 It’s been about 2 years since I bought my first smart phone.  It has been an interesting trip so far, and it’s about to get alot more interesting.

I am one of those guys who live in rural America who was glued to the computer screen when Steve Jobs made his iPhone speech.  I can still remember watching him do all these cool things on that phone.  He could pull up maps, touch an address, GPS, call with a touch of his finger, man o man – that thing was cool.  I was amazed, not really by the features – because I h

ave used a Windows smartphone before, and most of those things could be done on one of those.  I was amazed at how SMOOTH that phone was.  The coolness factor.  I was hooked, i needed to get one.  I wanted one so bad that I was ready to jump ship from Verizon to At&t.

My real disappointment came when I pulled up AT&T’s coverage map.   No way, not even close.  I wouldn’t be able to even talk on the iPhone let alone use it for any kind of surfing.  My options were gone, and so were the hopes of getting an iPhone.  That exclusivity deal Apple made with At&t would ensure that it would be years before I could get my hands on a Verizon iPhone.

Unfortunately I am not as happy as I once would be.   When the iPhone finally hit Verizon, I did not feel the same `I need you now` type of feeling.  Let me explain.  The DROID phones have really filled a big gap in my smartphone life.  I was a DROID1 fanatic, loved the phone – it did so many neat things, and synced with my Gmail stuff perfectly.  I could put an Contact in my Gmail Contacts and in no time they would be on my DROID.  The only reason I upgraded to a DROID x is because I dropped my DROID1 on Interstate 35W in MPLS off my Motorcycle.  Otherwise I probably would still have that phone.

Now my DROID x has a cool car holder, with a bunch of cool apps that I can use while I travel.  I bought all other kinds of apps that work well with my hobbies like Remote Desktop, SSH, measuring GPS apps, Running GPS apps that keep track of my run times, and the list goes on.  I have become pretty attached to my phone, and am a little sad to see it go.

With all that said I can’t help but think what it would be like if i didn’t give the Verizon iPhone a try.  So i’m going to take the plunge.  I think it will be a fun ride, and I am really excited.  I just hope it lives up to the hype in my head.

How about you?  Are you taking the plunge?

3 thoughts on “I’m switching from DROID to iPhone!”